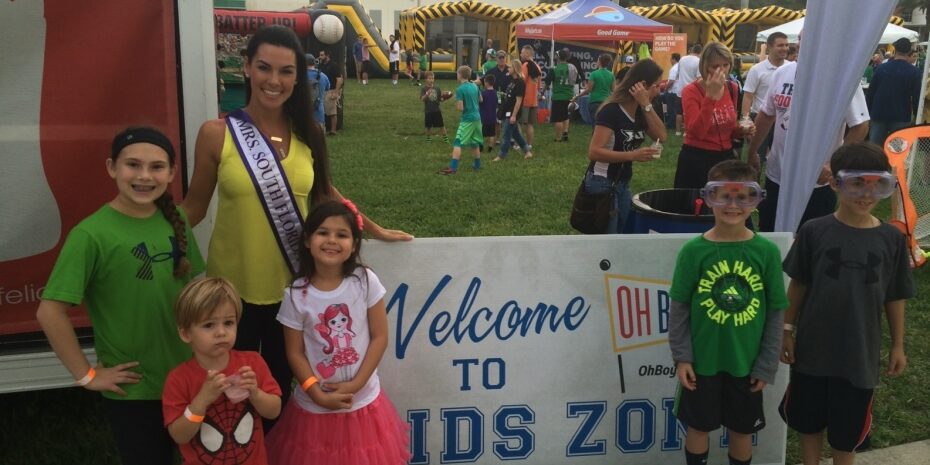 It was the inaugural Boca Raton Bowl featuring Marshall vs. Northern Illinois. It wasn’t just a fun afternoon for my family and I to get the opportunity to watch a great football match, it ended up being something so much more for what I stand behind and am completely passionate about. Continuing to raise awareness for child safety through Safe Kids Worldwide has opened my eyes to so many more possibilities where I can make a difference. I am lucky to have the help and support of amazing friends, who stand behind my dedication in promoting child safety and assist in talking to anyone and everyone about “protecting the brains of our youth!”

Recently, as Mrs. South Florida International, I teamed up with the family of Dave Duerson out of Muncie, Indiana. As stated in one of my earlier posts, Duerson was an American football safety in the NFL who took his life, with a self-inflicted gunshot wound to his chest. Dave knew all along, he had CTE as a result of the number of concussions he suffered during his playing career. Today, his family is proactively raising awareness about the severity of concussions suffered by athletes and the long term, if not lifetime effects this can have on an individual. Do you see these concussion goggles on the precious little ones pictured here with me (two of which being my own offspring)? These goggles allow athletes to see and feel firsthand what it is like to have a concussion, making it easier for them to help “self-diagnose” and seek help immediately. This brings me to some quick facts I want to make you privy to just in case you or anyone you know ever suffer a blow to the head and may be unsure whether or not to seek treatment, which in my book, it’s always better to be safe than sorry.

CONCUSSION QUICK-FACTS ACCORDING TO CDC: Please visit www.ddmuncieyouth.org to find out more about The Duerson Family and how very special they are as they continue to keep the legacy of Dave alive and stay proactively involved in making a difference and protecting the youth of America.

Happy Holidays to you and your family and thank you so very much for your continued support as well.