Concussion Goggles And A Miami Heat Game…Things That Make You Go Hmmmm! 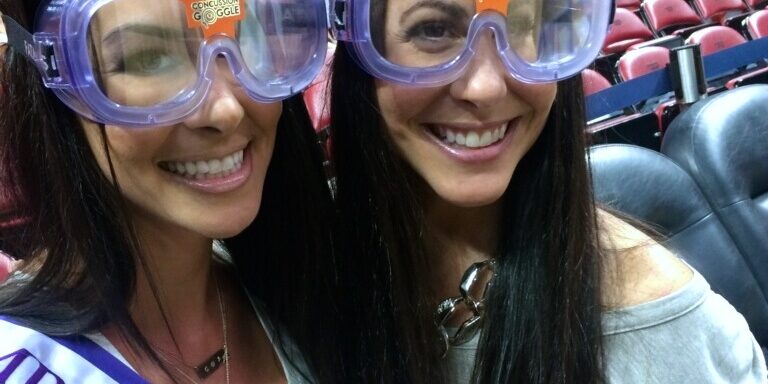 Hailing from the small town of Muncie, Indiana lives the family of Dave Duerson. He was an American football safety in the National Football League who played for the Chicago Bears, New York Giants and Phoenix Cardinals. Duerson earned many significant honors during his career including selection to four consecutive Pro Bowls for NFL Seasons 1985-’88. In 2011, In Sunny Isles Beach, Florida, Duerson took his life, with a self-inflicted gunshot wound to his chest. Leaving his brain untouched, Dave knew what he was doing. Following his request, his brain was sent to the Boston University School of Medicine for research on chronic   traumatic encephalopathy (CTE), a neurodegenetive disease. According to Neurologists at Boston University, they confirmed what Dave knew all along, he had CTE as a result of the number of concussions the athlete suffered during his playing career.

Today, his family has founded ddmuncieyouth.org and they have put a ton of time and effort into raising awareness about the true nature of concussions and what athlete’s face each and every time they get on the field, on the court, or in a ring. The goggles you see me wearing, pictured above with my great friend Nikki Golden, are actually concussion goggles, which simulates the potentially debilitating effects of traumatic brain injuries caused by a bump, a blow or a jolt to the head.

So where do I come in? Well if you know anything about me by now, it’s that I love children! I believe in doing all I can to help pave the way for an informed future for the next generation of our youth. With as much knowledge and awareness that’s available today about specific topics like this one, so many things go on day-to-day untouched, unnoticed and not talked about. Raising three little ones of my own, two of which are boys, I can tell you that Nikki and I talked to everyone at the Miami Heat game last night when it came to these concussion goggles, CTE and what it really means for future generations to come. I raise awareness, it’s why I am Mrs. South Florida International and so passionate about pageantry…to make a difference. So, Nikki and I talked to Sportscasters, players, team personnel, arena staff and everyone else at the game questioning the girls in the front row with the goggles.